I’ll be attending the Program for the Future events on Monday and Tuesday, and blogging a bit about the events, as well as being on one of the panels. The conference is prompted by the anniversary of Doug Engelbart’s “mother of all demos” which took place on December 9th, 1968.

The event itself is mostly remembered as being a huge leap forward in not just what the concept of a computer is, but a manifest demonstration of how one might go about building it. Doug demonstrated early incarnations of the first computer mouse, tele- and video-conferencing, e-mail, hypertext, and shared-screen collaboration, as well as more geeky firsts such as object addressing and dynamic file linking. And that’s just the highlights. (The phrase “mother of all demos” was first used by Steven Levy in 1994 when documenting the history of the Macintosh.)

What is generally forgotten is the context for the work. As expressed in the original flier for the event: “The system is being used as an experimental laboratory for investigating principles by which interactive computer aids can augment intellectual capability.”

Collective Intelligence (“CI”), or Collective IQ, is when the behavior of a group of individuals exceeds the cognitive abilities of any single individual – at least that’s one way to try to define it. Exactly what CI means remains a key topic of CI. Today the discussion is part of the “wisdom of the crowds” thoughtbase as well as (more vaguely) the rise of global social media.

Lord knows I have opinions about the topic. But let’s first see how the talks and discussions unfold. There is a very impressive line-up of smart and thoughtful people in the program, spanning locations at Stanford, SRI, and the SJ Tech Museum. Speakers include Doug Engelbart, Alan Kay, Steve Wozniak, Thomas Malone, Peter Friess, Paul Resnick, Andy van Dam, and Robert Taylor.

This will be fun. 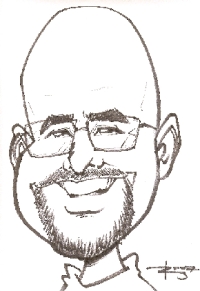